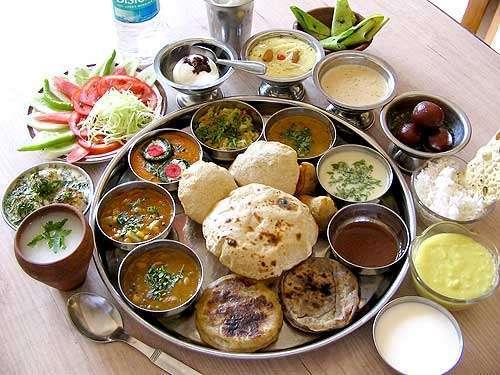 The food habits of a region primarily depend on two factors. First is the ready availability of the natural food in the ecology of the area. Second is the social and economic status of the residents of the area. Due to its central location, Amravati’s society has been inhabited by the people coming from different background, with a good taste in vegetarian and non-vegetarian cuisines.

Speaking about the ecology of the area, Amravati has a good number of rivers and major water bodies like lakes and ponds. Due to this, there is substantial availability of fish in the region; and not just fish, water sustains greenery, a major factor for raising cattle and livestock, source of meat products.

The typical daily fare consists of vegetarian Indian breads made of Jowar, Varan or Amti. This is prepared in mixture with Indian condiments and spices, along with boiled pulses. Various vegetables are available and grown locally like onions, potatoes, brinjal (locally called vangi), bhindi (or lady’s fingers), soya beans, etc. The non vegetarian options available are meat, eggs, fish and poultry. Primarily, non vegetarian items are prepared in forms of curries or dried dishes.

Although with modernization, the basic food habits and customs regarding the same has changed. However, the erstwhile society had some specific culinary patterns which also reflects in some part of the present society. The economically lowest strata of the society consists of laborers, farmers and artisans, who typically engage in highest levels of physical labor are use to have a heavy breakfast or Nyahari, before setting out for their daily chores.

The Nyahari consists typically of bread (roti) made of Jowar or Bajra flour. This is consumed with onion, which is a proven antidote to heat stroke. The onion helps in the very hot and dry climate of the region. Another type of flour called Catani is also a favorite recipe for bread, being made of chili, salt, garlic and groundnuts grounded together.

The other major food for the day is lunch and dinner, which has a major influence of bread Bhakari (or Dhebra) and a type of curry prepared from pulses, called Kalvan. Zunka Bhakar is also a regular dish, prepared from gram flour. For these economically backward classes, wheat and rice are treated as specialties consumed during festivities and important occasions like weddings and celebrations.

The upper levels of the society like the middle class and affluent, rice and wheat become a part of regular food. They consume vegetables and non vegetarian in higher frequency, along with milk based items like curd, milk, butter milk, etc. This is accompanied with pickles, Papads (Papadoms) and salad called Kosimbir. Traditionally due to their affluence, these people have access to furniture, unlike the farming class who consume food sitting at the ground.

The upper classes sit on flat wooden stools called pat, while food is served on brass or stainless steel plates and bowls. Special occasions are marked with sweets. Special sweets made with milk are reserves for special occasions. It is customary to prepare special dishes on festive occasions since these preparations are also sometimes offered to the prevalent Gods as a gesture, before self consumption.

On special festive occasions, like other traditional religions, many people observe fasts. The typical food for these days includes dishes made of groundnuts, tapioca and Vari. Cat fruits are also consumed on days of fasts. 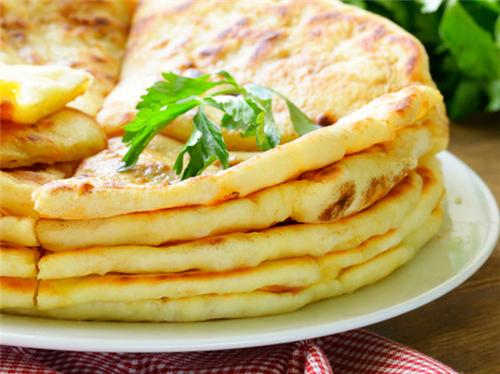 Some famous sweet dishes of the region are Sira, Puri, Basundi and Srikhand, which are mostly prepared with heavy influence of milk. Puranpoli is a famous sweet dish which is made of wheat bread, stuffed with gram dal and jaggery. Cow and buffaloes are the primary sources of milk and is commonly used. Goat milk is preferred by poorer communities. Seasonal fruits like oranges and mangoes are enjoyed by people abundantly. However, other perennial fruits like bananas and guavas are locally produced and available too.