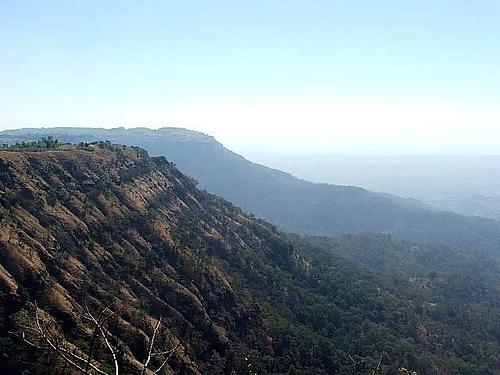 Chikhaldara is a hill station and is a part of the greater Amravati district of Maharashtra. The place is located at the coordinates 21.21 degrees North and 77.71 degrees East. This place has a famous relevance historically as it is featured in the Hindu epic Mahabharata. It is mentioned that the Pandava prince Bheema killed the evil Keechaka, the local army commander with his bare hands to avenge the molestation attempt on his wife Draupadi. Keechaka’s unrecognizable corpse was dumped into the valley and thus the place came to be known as Keechakadara, the name getting corrupted to Chikhaldara of the current days.

However, other than the historical relevance, the Chikhaldara hill station has another big popularity for being the only hill station in the entire Vidharba. It also has the added reputation of being the only coffee growing region in the entire state of Maharashtra. Chikhaldara is situated at the height of 1188 meters (3898 feet) above the mean sea level. The Virat Point is the highest peak of this region. In the modern times, the region was discovered in the year 1823 AD by Captain Robinson, stationed with the Hyderabad Regiment of the British Empire. His visit during the fall months of September and October, reminded him of the matching autumn environments back home in Britain. The falling leaves and the greenery of the region were so mesmerizing to the British forces that at a certain point of time, there was proposal made to consider establishing the main seat of Indian Government at this place. 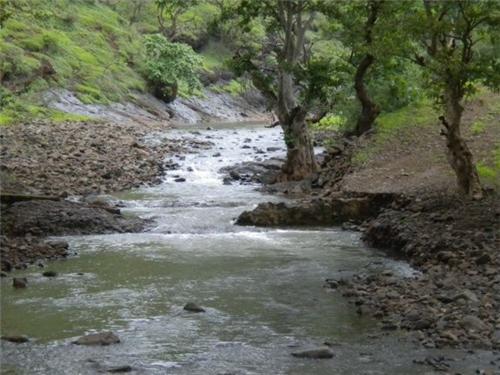 Primarily this place is surrounded by dense forests, the place is thriving with wild life. This place is also in the proximity of the famous Melghat Tiger Project, both of the places sharing the same dense forests. Tigers, panthers, deer, sambar, wild boars, wild sloth bear are plentiful in the area, including various types of bird, insects, reptiles and other organisms. This is an ecologically sensitive zone and is a hot bed for mother nature’s blessings. The picturesque beauty of Chikhaldara can be enjoyed from a number of viewing points in the area. Some of them like the Prospect Point, Devi Point and Hurricane Point are some of the popularly known destinations.

The Gavilgad Fort and Narnala Fort are also nearby popular points of excursion. The town also offers other places to visit like the Tribal Meseum, the Semadoh Lake and Pandit Nehru Botanical Gardens. Revellers can also take a boat ride on the Shakkar Lake, which is used by the office of Maharashtra Jeevan Pradhikaran, to supply potable water to the municipal limits. A mini train ride is also available in the Government Garden. It is recommended that tourists attempting wildlife safaris should wear earthy and pastel shades clothes, since bright colored cloths are not recommended inside the forest area.

The place has now got its own municipal council to look into the administrative affairs. The population of the place has been counted at 4718, as per the Indian government census of 2001, 58% being males and 42% being females. The average literacy rate of the place is upwards of 80%. The place is very well connected to bigger towns and cities like Amravati, Akola, Paratwada, Khandawa, Betul and Nagpur.

Nagpur city is located at a distance of 230 kilometers and thus provides Chikhaldara with access to its international airport. Public buses operated by the MSRTC (Maharashtra State Road Transport Corporation), connect Chikhaldara to Nagpur via Amravati and Paratwada. The best place to visit the place is between the months of October and June due to moderate temperatures. The yearly temperatures average from 30 degree centigrade during the summer months, to 5 degree centigrade in the winters.