Business and Economy of Amravati

Being a part of the Vidarbha region, Amravati is blessed to have nature’s bounty in plenty. The presence of fertile soil, abundance of forests, manpower and positioning on the way to the Mumbai-Kolkatta Highway are all ingredients for a thriving economy. In spite of having such great resources, the economical condition of the Amravati district is not that great compared to the rest of the regions in Maharashtra. However, the city is rapidly developing into an industrial centre, all due to the excellent efforts put in by the Maharashtra Industrial Development Corporation and the state government of Maharashtra. 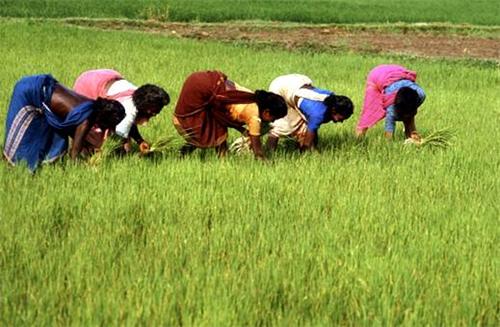 With more than 70% of the population engaged in agriculture and its supporting industries it would not be wrong to say that Amravati is primarily an agricultural district. Some of the main crops grown in this district are cotton, groundnut, jowar, and different types of pulses. Out of all these crops Amravati is known as the major cotton producing district of Maharashtra. The good yield of cotton is mainly due to the climatic and soil conditions apt for growing cotton in this region.

The farmers in this region are also engaged in cultivating various cereals like wheat, jowar, rice and bajra on a larger scale and ragi, barley and maize on a much smaller scale.

Oil-seeds such as groundnut, safflower, niger seed, sesame seed, linseed and mustard seeds are some other major crops grown in the district.

Some other important cash crops of Amravati district are the condiments and spices like the chillies, ginger, turmeric, coriander, garlic and fenugreek. Out of these chillies account for around 90 per cent of the produce. Lawangi and Dhobari are the two different varieties of chillies grown in this region.

Recently there has been an increase in the production of fruit crops as well such as the orange, sweet orange, sour lime, mango, pomegranate, custard apple, guava, banana, papaya and bullock heart.

To meet the local demands of the people vegetables are also grown by the farmers. Some of the major produces include onion, sweet potato, radish, brinjal or eggplant, cabbage, tomato and okra or bhendi,

Ellachipur Sanman, a type of chilli pepper, is grown specifically in Amravati.

Sugarcane, tobacco and betel-leaf are some other types of crops grown in this area.

Amravati is developing at a rapid pace today paving way for the establishment of various other industries in the area. Special measure such as the setting up of SEZs, is being taken to make the environment in Amravati district more business friendly. Some of the industries - medium and small scale, operating in the region are given below.

The expansion in the roadways, construction of flyovers, nearness to highway and a boom in the motor vehicles have given an upper hand to this small scale industry. The people in this industry are mainly engaged in engineering works like welding, manufacturing of agricultural equipment, vehicle repairing and production of spare parts for the machines.

Cotton being the major produce of this region, Amravati is home to a number of cotton mills. The first textile mill to be opened in this region was in the year 1885 and it was known as the Berar Manufacturing Company Ltd.

This is another industry that relies heavily on the production of cotton in this region. Just like the textile industry, it is yet another old industry to be established here.

A part of the cottage industry, metalworking is an old industry in Amravati. The city was well known for its production of lotas, musical bells tied around cattle and gongs. Amravati still has a number of units all over the district producing these metal wares.

The recent rise in the number of school and colleges in this region has given a good support to the printing and bookbinding industry. Back in the year 1962, the city itself had more than nine printing presses working throughout the year.

This was an important part of the industries at Amravati, the final products of which were sent to the markets in Mumbai, Delhi, Kanpur, Varanasi, Nagpur, Kolkatta and others. The main products of this industry were usually kumkum, sindoor, hingool, lobhan, gulal, bukka.

Some other industries that operate in Amravati are oil-seed crushing, khaki and village industries, tanning, leather working, pottery, brick laying, tiles, basket making, blacksmith and fruit processing industry. Amravati also happens to be the home of the only sugar factory existing in the region.

The thick forests in the Melghat and Achalpur talukas of Amravati district are great revenue sources for the Government. Trees like timber, teak, salai, tarwad bark, gums, tembhurni leaves, ghatboras and jambhul are some of the major forest resources in the area.

Some of the upcoming industries in Amravati district: