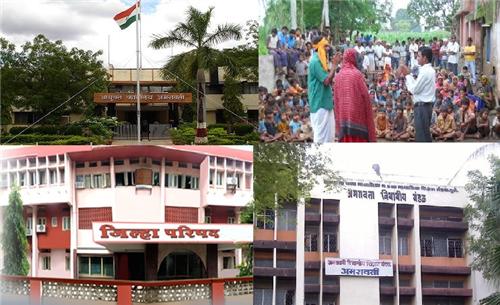 For a place to grow economically maintaining the laws of the land, a public administration system should be present. Various departments of the state government engage to help the residents of a place with proper law and order, construction and maintenance of good public infrastructures.

Since Maharashtra is a huge state with 36 districts, it is impossible for the Indian government to keep a track of all the administrative issues coming up in different parts. Hence for the sake of able administration, Maharashtra has been divided into six administrative divisions with Amravati as one division. The Amravati district falls under the Divisional Commissioner looking after the administration.
District Collector, Amravati
Contact No. – (O) 07212662522 (F)07212662843 (R)07212662112
e-Mail – collector[dot]amravati[at]maharashtra[dot]gov[dot]in
https://amravati.gov.in/
HELPLINE NUMBERS
Citizen's Call center - 155300
Child Helpline - 1098
Women Helpline - 1091
Crime Stopper - 1090
During the pre-independence days, Amravati district was administratively divided into six tehsils and three sub divisional offices. With the increase in population, the districts were further divided into fourteen Talukas and six sub-divisions.

The Divisional Commissioner is the chief controlling authority with respect to all administrative matters. Under him are the Collectors for each sub-division. These Collectors work as District Magistrate and are responsible for all the administrative works of the district. The Collectors of the Amravati district are helped by the Assistant Gram Sevaks of the Zilla Parishad, the Prant Officers, the Tahsildars and the Sub-Treasury Officers in different fields of work.

The Prant Officers are next in line to the Collectors and are I.A.S officers. They are also known as the District Deputy Collectors and are responsible for the Amravati district’s revenue collection and other law enforcement responsibilities at the taluk level. The Tahsildars and Naib-Tahsildars are in charge of each tahsil. Other than land reforms and revenue collection, Tahsildars are also responsible for any political happenings, outbreak of epidemics, maintenance of cattle census, maintenance of co-operatives and other matters.

Last in the administrative chain comes the Village Servants or Kotwals who are appointed with fixed remunerations and limited responsibility. For a small village there is one Kotwal, while the number may increase with the size of the village. They help village officers in collection of land revenue, help the Patil in the detection of offences and keep law and order in the village.

Amravati District also has its own Municipal Council, working towards provision of basic amenities like safe drinking water, maintenance of roads and pavements and provision of daily garbage disposal. 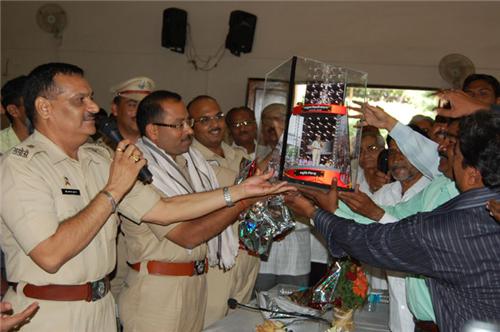 The highest judicial authority of the Amravati district is the District Judge, who presides over the District Court. He is appointed by the Governor in consultation with the State High Court. There are six Civil Courts in Amravati, which are under the District Court. One can appeal for all decrees and orders which are passed by the subordinate Courts. The District Judge of Amravati is also the Session Judge who can exercise power to look at the criminal acts of the district.
Amravati District & Sessions Court
Office: 0721-2662286
Fax: 0721-2662289
e-Mail ID - mahamrdc[at]mhstate[dot]nic[dot]in
https://districts.ecourts.gov.in/
At the village level there are the Nyaya Panchayats, who are empowered with petty civil suits and criminal cases. These Panchayats are formed under the Bombay Village Panchayats Act, 1959. One can appeal for justice at the District Court if not satisfied with the Panchayat decision making.